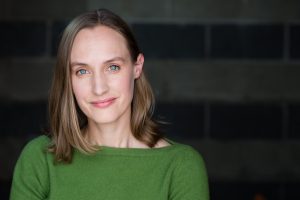 Caitlin Fitz is Assistant Professor of History at Northwestern University. Her book Our Sister Republics: The United States in an Age of American Revolutions (2016) was co-winner of the James Broussard Best First Book Prize.

Caitlin Fitz (CF): Our Sister Republics explores the wave of popular enthusiasm for Latin American independence that engulfed the early nineteenth century United States. In the process, it casts new light on popular U.S. thinking about race, revolution, and equality. For in watching other American nations grapple with the meaning of independence, people in the United States were forced to grapple anew with their own revolutionary heritage, and with what kind of nation they aspired to be.

CF: I spent the summer before my senior year of college hunched over a microfilm reader at the Tennessee State Library and Archives. I was a research assistant for a biographer of Felix Grundy, tasked with reading every extant newspaper from Tennessee’s first few decades of statehood. After several weeks, I thought I knew what to expect: duels, land lotteries, slave sales, elections. I even learned the names of the region’s fastest race horses. I was starting to think that I knew these people, and I’ll admit that they struck me as whiskey-swilling, gun-toting, tobacco-spitting rustics, consumed mostly by their own local affairs: felling trees, fighting Indians, bearing children, casting ballots, buying slaves, selling tobacco.

I knew that these people did read news from Europe, which seemed logical enough at a time when the wars of the French Revolution and Napoleon were tearing the Old World to pieces. What astonished me was the new wave of headlines that increasingly appeared as the early nineteenth century continued: “the brazils,” “buenos-ayres,” “carthagena.” I couldn’t understand it. These Tennesseans had a difficult journey just to get to Natchez and New Orleans, not to mention New York or Philadelphia. I could explain their interest in nearby Mexico.  But South America?  Maybe these people were less insular than I had assumed.

I moved on, but the surprise lingered in my memory. When I got to graduate school several years later—having just returned, actually, from a year in “the Brazils”—I continued noticing references to South America in surprising places, from Appalachian antislavery tracts to those sinewy Tennessee race horses. Indeed, in the midst of his ill-fated presidential bid in 1824, Andrew Jackson named his favorite horse Bolivar, after the hemisphere’s other leading general. That’s when I knew I was onto something.

CF: How much space do I have? One thing that made this project such a pleasure to research was that it enabled me to dig into so many wonderfully vibrant subfields. People often hear about my project and assume it’s a history of early U.S. relations with Latin America. They’re certainly not wrong, and scholarship on early U.S. diplomatic history was indeed crucial for me—particularly the wonderful work of James Lewis and David Head, as well as the work of those who have studied territorial disputes over places like Florida and Texas. But what really compelled me to write this book was my conviction that popular U.S. thinking about Latin America sheds light on how ordinary U.S. observers understood revolution, republicanism, and equality at home.

Five overlapping subfields were especially fundamental to my project’s development.  First were studies about how the French and Haitian revolutions shaped the early United States. I was riveted by the work of Rachel Hope Cleves, Seth Cotlar, Alec Dun, François Furstenberg, Julia Gaffield, Ashli White, and many others.

Second, I couldn’t have made sense of the popular displays of hemispheric ardor—and the relationship between ordinary people and formal politics more generally—without the work of “new new political historians” like Joanne Freeman, Simon Newman, Jeff Pasley, David Waldstreicher, and Rosemarie Zagarri.

Fourth were historians of independence-era Latin America.  Marixa Lasso’s work on Colombia was especially crucial given my interest in how black as well as white U.S. audiences understood Spanish American race relations.

Last but not least, I learned a lot from my co-winner, Matt Karp—another hemispherically-minded U.S. historian! I was lucky to benefit from his ideas at a formative stage when we were both McNeil Center fellows.

TR: Most Americans have probably never considered the influence of the Latin American revolutions on the development of the early American republic. Do you think this oversight is because of ethnocentrism, or is it something else?

CF: I don’t know that ethnocentrism quite explains it—our understanding of early American history has flourished in recent years because of groundbreaking work on African American history, Native American history, borderlands, and #vastearlyamerica, to name just a few. I suspect the oversight stems more from the geographic lenses we get accustomed to. After all, I’m not the first to study the early United States from a hemispheric perspective. In the middle third of the twentieth century, historians like Samuel Flagg Bemis, Laura Bornholdt, Charles Carroll Griffin, and Arthur Whitaker wrote sweeping histories of early inter-American relations; Herbert Bolton was drawing similarly provocative hemispheric comparisons. But the rise of NATO and Atlantic history tended to redirect scholars’ attention to connections across the Atlantic, particularly across the North Atlantic. In some ways I’m just drawing us back to that earlier (and complementary) hemispheric lens, updating it with fresh insights from social and political history in the United States and Latin America alike.

Language also helps to explain the oversight, of course. If you know Spanish, Portuguese, and French and you want to become a historian, the obvious thing for you to do is become a Latin Americanist. But I had already fallen in love with the study of U.S. history, so I just decided to see if I could put my languages to use closer to home.

TR: What is your current project?

CF: I’m investigating the extraordinary life of Emiliano Mundrucu, a Brazilian-born revolutionary of color who fled to the United States in 1825 and helped to inform the antislavery and equal rights movements at a pivotal moment. His story illuminates the impact of inter-American connections within African-American and abolitionist communities from the late eighteenth century through the Civil War.